Changes in the way mental illness is portrayed in entertainment media is being put under the microscope as part of a new book including research by a De Montfort University Leicester (DMU) academic.

‘Normalizing Mental Illness and Neurodiversity in Entertainment Media: Quieting the Madness’ examines the shift towards a more positive and more accurate representation of mental illness in films and TV shows.

After surveying the history of the development of the term post-traumatic stress disorder (PTSD), Professor Jason Lee, Professor of Film, Media and Culture at DMU’s Leicester Media School, compares how PTSD is depicted in the films Taxi Driver(Martin Scorsese), released in 1976, and You Were Never Really Here(Lynne Ramsay), released some 41 years later in 2017.

“The main shift is that mental health is no longer demonised as much in entertainment media,” explained Professor Lee, who is also a chartered psychologist.

His chapter in the book examines how old and new films portray PTSD differently, but also what connections there are aesthetically, cinematically, and in terms of content and how this relates to culture and society. 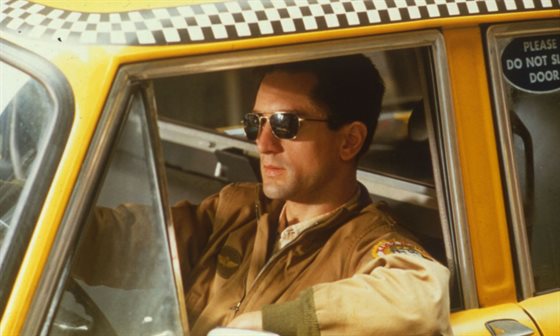 “Negative critics of Taxi Driverclaimed there was a revelling in the psychotic protagonist’s madness, as if it was immoral to be entertained by the film, but Scorsese as the director actually positions New York as the real madness,” said Professor Lee.

“Four decades on, this is replicated in You Were Never Really Here, where a similar protagonist finds the cause of the trauma is actually in the external world, not the individual.”

Professor Lee said that while the PTSD depicted in You Were Never Really Here is also recurrently linked to wars and a brand of American imperialistic evil, the nature of evil is questioned. While Taxi Driver is a descent into the final frontier – night.

“Ramsay’s later film is similarly a Western, but removed from the sadistic violence of Scorsese, capturing a more complex visual language, including the use of CCTV footage. It also, ultimately, has a female heroine and is optimistic.

“Personally, I believe this is transrational hope, which goes beyond a rationalism which actually has brought about an increase in mental health issues.” 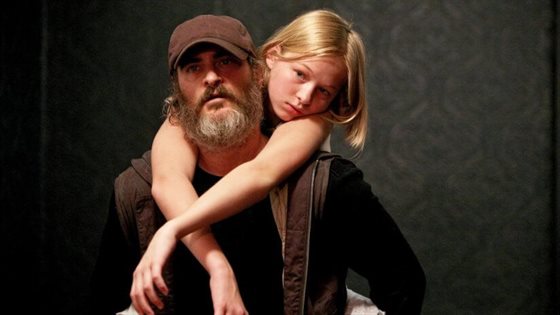 Professor Lee said that other films from the 1980s, including examples such as the highly popular Ferris Bueller’s Day Off (John Hughes), often positioned trauma as within the individual’s attitude, rather than the environment, as seen with the character of Cameron Frye, the suicidal sidekick of the protagonist.

“The accuracy of mental health in entertainment media is not a new discussion though,” continued Professor Lee. “We tend to think it is always the patients who are the ones framed as evil, but that would be inaccurate.

“Even in the 1950s, mental health workers were complaining to the British Board of Film Classification about the way they were personally being shown to be evil in films. You’d often see the stereotypical evil doctor in a white lab coat locking away mental patients.

“People were demonised for their mental health, whereas today portrayals of mental illnesses are executed in a more thoughtful and accurate way. We see flashbacks used a lot to give context, for example.”

As explored in his previous books, Professor Lee also draws on popular TV shows and how the representation of mental illness has shifted in recent years – a shift that he credits, in part, to The Sopranos, based on fictional New Jersey-based, Italian American mob boss Tony Soprano.

“After panic attacks, Tony starts gaining kudos for going to therapy from his male friends. In this macho culture they think it is courageous. I think that helped to demythologise the idea of speaking to a therapist, and seeking help for mental illness.”

The new book, published by Routledge and co-authored by expert academics, also has chapters exploring the representation of conditions such as short-term memory loss, autism and Asperger’s Syndrome, psychopathy, depression, and post-partum depression, eating disorders and bipolar disorder.

“There is a glamorous, as well a tragic side, to mental health, that is often driven by popular culture, incarnated in the insane rock and popstar myth – think of Britney Spears and many others,” said Professor Lee. “Of course, it is not just entertainment culture. Shakespeare obsessively explores madness in many plays which are still continually popular.

“Calling someone ‘crazy’ or ‘mad’ can be seen sometimes as a compliment, depending on the context – think of Elon Musk and the notion of a ‘mad genius’. But those words can still be used to attack people too.

“For example, when you call someone ‘nuts’ it totally dismisses them. Although often there is a touch of comedy that is not always malign, as in the popular Cadbury’s chocolate advertisement, ‘everyone’s a fruit and nut case’.

“We need to be aware that by letting therapeutic culture always dominate we might be promoting a traumatising of personhood. Comedy helps to challenge this.”

Perhaps the main change, Professor Lee argues, is that everyone is talking about mental health these days, especially with the rise of social media.

“That is one thing Covid-19 has done,” he said. “It’s become a form of free therapy – people are able to express themselves more freely, and seek reassurance and support from their friends and family.

“Whereas before, and this is seen in a lot of films and TV shows, it was thought only doctors or priests could help those with mental illnesses. The film process itself has been considered ‘mad’ by some film theorists or, more accurately, an experience that is a socially acceptable form of madness.

“In some sense, film and television allow audiences to enter a ‘dream world’, akin to madness, safely. Here they are arguably more open and receptive to the narrative, so it is perfect for exploring mental health more openly – in the same way we do with other issues around sensitive subjects such as race, gender, and sexuality.

“Some media theorists go so far to say media constructs our reality and is the primary way identity is formed. As well as enjoying film and television as entertainment, it is also important to understand its deeper significance, hence the need for this interdisciplinary research, drawing on media and communication studies, film and cultural studies, and psychology and sociology.”